Dementia shows its colours once again

As you know, since I came home from my week away life has been infinitely better.  Ash has been so much nicer to me that sometimes it's almost like having the old him around.  He's fun, he laughs and he's not quite so anxious all of which make life easier.  In fact several people have wondered whether he might be getting better or have assumed that those few adjustments have meant our life is just as it used to be.

Of course it's not as it used to be, it never will be, and yesterday we had a prime example of how far he is from the old Ash.

In 1999 he set to and built a brick and tiled veranda along the back of the house.  It was his most ambitious project to date and the result is his pride and joy to this day.

Over the years it's had many uses.  We've sheltered from the sun under it, we've put tables under it and had suppers with friends while rain fell all around, Ash rigged up a hammock under the roof and used to lay in it laptop balanced on his knees as he typed away in a little world of his own, we've kept warm under it on summer evenings and, most recently, I set up my own small wood yard at one end of it.  Last year it began to leak whenever it rained and it became obvious that it needed a new roof, equally obvious was the fact that this job was beyond Ash's current capabilities and so we found a man to do the job for us.

Ash has watched the work going on above our heads with interest, he's told Les the builder many, many times how he built it and what that entailed but at no point has he even considered that at any time in the past he would have been the one up on that roof right now.

So that's a little odd to start with but then yesterday Les and I were drinking tea and chatting when Ash came out to join us.  We finished our drinks and I said I was going to do some weeding at the front of the house; Les said he was going back onto the roof and then turned to Ash and said, jokingly, 'so that leaves you, what are you going to do?'.  Ash laughed and said 'I'm going inside to watch the telly'.

I can't begin to tell you how far from the old Ash that was.  The man who never sat still, who hated being inside during the day, who was always looking for the next project or activity, went inside and spent the next two hours watching rubbish on the television.

For a moment I was sad but I realised a while ago that there's no point in sadness or dwelling on the past.  Instead I spent those two hours weeding and today have had the satisfaction of being able to see where I've been.  I have to tell you that the side of the house looks very neat indeed. 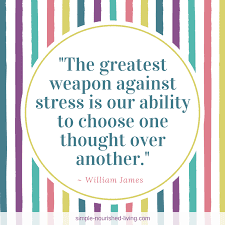