The planning paid off - sort of

As you know I thought I'd covered every eventuality; the planning for my trip had been done in minute detail and nothing was left to chance or so I thought.  What I hadn't ever considered, not for a moment, was that we would have intermittent power cuts from the moment I got up on Tuesday morning until just before I left four hours later.  None of the cuts lasted longer than a couple of minutes but they were enough to knock out the internet, to cut off the washing machine, to affect my shower and, most importantly, to set me on edge.  And of course my uncertainties affected Ash so by the time L arrived he was in one of the worst moods I've seen in months.

I had however managed to get my stuff in the car without him seeing so as soon as L walked in the house I was out of the door and on my way but with a sinking feeling in  my stomach which didn't want to go away.

In May I went South, this time I went North, not quite so far but a long enough drive to settle my nerves and, as the miles sped past, I could feel the knots unravel and by the time I fell through the front door at the other end I was starting to feel human again.

So was it worth the effort I hear you ask and I'll answer with a resounding 'YES'.  It took me almost a whole day to get there and the same to get home but while I was away I was spoilt beyond anything.  When asked what I wanted to do I said that what I didn't want to do was have to make a decision and my wonderful friends took me at my word.  We ate out, we walked in the sunshine, we visited the most fabulous bookshop where I lost myself amongst the shelves and I relaxed.

The next question I hear you ask then is how was Ash while I was away and I can tell you that, although the first day was apparently rocky, the rest of the time he was absolutely fine.  Tuesday was a bit of an eye opener for L because she's never before seen him be horrible but she managed to get him looking at old photos of the two of us on Tuesday night and from then on he was all smiles.  In fact he slept right through both nights, not waking until 6.30 on either morning.

Ash was happy to see me when I got back and, after a rocky couple of weeks in the run up to this trip, is now his old, happy self so that's good.  As for me, I'm still reaping the rewards of those two days.  I feel rested, relaxed and ready to face the world again so think it's a win:win situation for both of us and one I plan to repeat.

Years ago Ash and I went skiing in Canada.  We flew to Calgary and emerged from the airport late at night and straight into a blizzard at which point Ash said 'you do bring us on some adventures'.  We had lots of adventures together over the years but now things have changed.  Ash is no longer able to join me but that really doesn't mean, as long as I plan carefully and make sure he's safe, that my adventures have to stop.  They're a little different that's all and I'm finding that each one gives me just that little bit more confidence and prepares me for the next. 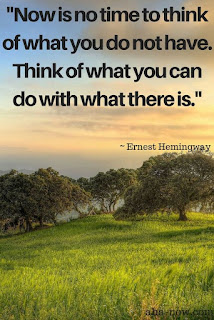 Anonymous said…
HI Jane , so glad you had a good break - so well deserved .

I read with some sadness and familiarity the observation that L hadn’t seen Ash when he was “ horrible “.

In my experience ( partially through my shielding plus isolation through so many lockdowns ) most of my Husbands friends, family and carers wont be aware of his deterioration and the “horrible” side of his dementia. I find it so distressing to solely to bear this burden and as much as my councillor can tell me “its the Dementia talking ‘ it is so hurtful and upsetting for me and often takes me time to recover . Each time is another chink in my armour .

I find that when people we know say ‘ he’s just a bit forgetful “ I don’t really notice” or worse still “ he’s the same person “ I feel like crying - it’s really not helpful.

Jane said…
Hi Sally, you're so right it is very, very distressing when the person you loved beyond anything is so horrible to you and I find that I take more and more emotional steps back from Ash creating a yawning space where there once was nothing but love and laughter. I'm sure there are better ways of dealing with it but that's the only way I survive with my sanity intact. I keep telling myself that Ash would be horrified if he could see how he's behaving but it doesn't help one bit.
25 August 2021 at 18:06