I love my new seating area next to my bookshelves and all the moving around of furniture was definitely worth it.  The look is exactly what I wanted but there have also been two unexpected but very welcome bonuses.

The first is that I've taken to having my coffee in that room with Ash instead of in my bedroom just because the new layout puts the chairs in front of the window and at the opposite end of the room to the tv which is constantly switched to 'on'.  Both of these things mean that it's the perfect place to read my current book and, because of that we're spending just a little more time together.

The second bonus involves Max the dog.  He was 12 at the beginning of May and his age has me worried.  He's been at Ash's side both in the house and out for many, many years and I've wondered often what will happen if he dies and suddenly he's no longer in his that space.  As Ash began spending more and more time in front of the tv he'd taken to moving Max's bed and laying it at the side of his chair which meant they spent even more time together which compounded my concerns.  The reorganisation of the furniture though has meant that Ash keeps forgetting to move the bed which is useful because if Max wants to lie on it he now goes to his usual sleeping space under the stairs.

To begin with I thought I ought to say something but then I realised that this was one way to ensure the dog isn't quite so central to Ash's life and so I kept quiet and it seems to be working as they are beginning to spend more time apart.

Just in case you're worried about either of them I'll just tell you that Max also lies on the rug at Ash's feet so it's not as though they're never together and they still have their walks but it does mean there's a slight loosening of the bond and that's not necessarily a bad thing.

Life with dementia really is very much about staying one step ahead in order to head off difficulties wherever possible. 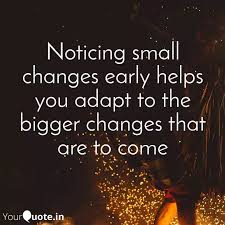 French Furniture said…
This comment has been removed by a blog administrator.
29 September 2021 at 06:36