Looking for the positives

If I'm not careful I can get lost in the monotony of days and think that life is very boring but sometimes that's because I still use our old life as a benchmark and that's no use whatsoever.

Because of all that I came on here to tell you that I had my usual Sunday afternoon bout of sadness where I've wallowed in memories of life as it used to be, exacerbated by the sight of Ash watching me as I pushed the lawnmower up and down in front of him and not moving to help.  It's no good telling me that was the dementia, that he can't help it and that he would be horrified if he knew how much he's changed because I know all that but sometimes knowing it doesn't help.

So I decided to let you know how I felt in that short couple of hours and how it had coloured my day but you'll be pleased to know that I managed to deflect the sorrow and I've found other things to talk about instead.

Life is never all miserable and when it does get me down it's not for long so I thought instead that I'd tell you about the brilliant event we went to on Friday morning.  Ash was a member of Lincolnshire Police for thirty years and a few weeks ago a friend told me about an annual coffee morning for retired police officers which was only ten miles from where we live.  She asked if I thought Ash would like it and we decided to give it a go.  I contacted some other friends who I thought might be there, made sure that lots of people would know what's happening to him and off we went.  At this point I was really nervous because he struggles to cope in large groups now and I really didn't know how it would go.

We arrived a little late and the friend who'd suggested it was already talking to someone Ash worked with years and years ago.  To my amazement, although he struggled to bring the name to mind, he recognised this guy, got out of the car and strode across to say hello.  We walked as a group across to the hotel entrance and at that point the friend asked if I'd like to leave Ash with her and get some time to myself.

I went for a coffee, did some 'people watching' and then, only slightly with my heart in my mouth, went back to get him.

You can have no idea how lovely it was to walk into that room full of people and see Ash chatting away just like the old days.  Apparently, other than enquiring where I was a couple of times, he'd coped perfectly well, even going so far as to joke about his memory issues.  It seems that most people were aware of his dementia and made a real effort to make sure he was ok and that was wonderful to know.

About an hour after we got home he came to find me just to say what a lovely morning he'd had and that made all the planning worthwhile.

One thing this really did underline, in our case at least,  was that the more open we are about Ash's dementia the easier people find it to deal with.  No-one had to wonder whether to mention it or not, no-one was left confused because he said some odd things or didn't remember them, everyone knew exactly where they were and what was expected of them and that made life much more comfortable for them and for Ash. 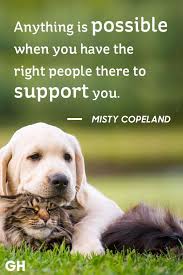 CW said…
It's just hard sometimes to not get caught up in the realization that our lives are forever different. I agree wholeheartedly with the disappointment you no doubt felt when you were doing the lawn work and Ash merely looked at you without offering to help. I've had many a moment like that and I just have to shrug it off. Not always easy, but I manage for the most part. Do take care and know you are not alone on this path.
21 September 2021 at 06:35

Jane said…
Thank you for this. One of the best parts of writing this blog has been discovering how many others out there know what this is like.
23 September 2021 at 22:18

claire binskin said…
yes its so difficult after both living dynamic and active lives to be trapped in a cave of dementia
28 September 2021 at 16:20

Jane said…
I very much recognise that comment 'cave of dementia and it describes this situation perfectly. thank you.
28 September 2021 at 16:58