We have a wonderful summer house in the garden.  A friend built it for us with Ash's help around ten years ago and it's been our pride and joy ever since.  However a while ago I noticed water stains on the ceiling and realised that it needed new felting on the roof only, of course, it was never going to be just a matter of new felt.  That would be far too simple.

The main problem was that tree branches overhung the front of the roof and a hedge was growing up the back of the structure so no-one could get near it to see exactly what the problem was.

I asked for help from various sources and, as ever, no-one let me down.  Branches were lopped off the tree at the front and the hedge at the back, between us and the churchyard, was cut down and ripped out ready for a new one to be planted once the roof was fixed.

We arrived home from shopping a couple of weeks ago to find the hedge cutting underway, strolled across the grass to admire the handywork and at that point I realised we had another problem.  We've lived in this house for thirty six years and for most of that time it seems we've been sliding unwanted stuff out of sight and, obviously, out of mind behind the three sheds lined up along the hedge.  With the hedge gone our rubbish was there for all to see.

Something had to be done so I ordered yet another skip (if you remember, a few weeks ago we had a skip when I cleared out the contents of those three sheds) and today started work on yet another clear out.

I have to say that first thing this morning I was feeling a little overwhelmed at the thought of what was in store for me but six hours later, with only a break for lunch, I'd got the bulk of it done so am now typing this feeling absolutely exhausted but also quite proud of myself.  Once again this is something Ash would have done while I watched from the sidelines but we're now almost rubbish free, the skip is packed quite neatly and I've found some very unexpected stuff lurking in the undergrowth, some of which might even come in useful at some point in the future.

When I think of all the things I've accomplished over the past three and a half years this, I think, is the one I'm most impressed with but I've also realised that the more I do the more capable I believe myself to be and that's no bad thing. 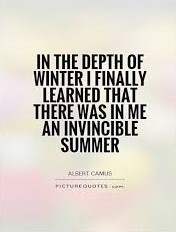 Rhona said…
Well done - a sense of accomplishment is very satisfying. My proud moment was ordering and fitting a replacement lever for one of our toilets. I’m still surprised I managed to do it!
13 September 2021 at 21:17

aliceinmemoryland said…
YES! I get this completely.

CW said…
We finally have our new floor laid in the master bathroom, and the deck railing has been painted--all taken care of today. Tomorrow the painter will be back to continue working on the wood exterior of the house. It feels strange to be the one responsible for dealing with all of the various workers, but Robert really hasn't put much voice into what's happening with the house repairs. Like you, I'm surprised at my abilities in dealing with things that always used to be handled by our husbands.
14 September 2021 at 10:33

Jane said…
I think one of the really good things to come out of this situation is how capable we all find that we are. I don't give the decision making a second thought now and if something needs doing my initial reaction is 'can I do this myself'. I love the fact that there is very little which fazes me nowadays and I do feel I'm facing the future with increasing confidence.
15 September 2021 at 17:48