A friend and I were discussing life in general a few days ago when I came out with one of my usual descriptions of my particular life.  As we drank our coffee I said that I was amazed at how easily I could get to the end of the day having achieved absolutely nothing.   She looked at me and very seriously said (and I'm paraphrasing here because I can't remember the exact words) 'if you get to the end of the day having stayed sane while keeping Ash calm and happy then I wouldn't say that's achieving nothing'.  I was a little taken aback just because I hadn't thought of it quite like that before.  In fact I hadn't thought of it at all like that before but I've been pondering those words ever since and I've come to the conclusion that she's right.

I carried on working after Ash's diagnosis and even though I reduced my hours again and again until they were so negligible as to barely count, in my head I was still working.  Then I gave up work but managed to keep the house clean, the garden tidy and the wood basket full so there was still a sense of achievement.  Now, it seems to me, I do very little at all and yet the house still gets cleaned occasionally, we have wood for the fire, the cupboards are stocked, meals are on the table every night, it's just that there's not quite so much precision about it all.

There are weeds in the garden, the windows need cleaning, the dog hairs float around, the window sills are in urgent need of wiping outside and there just seems to be a general air of shabbiness about the place which absolutely wasn't there when Ash was in charge of it all.

On the other hand managing Ash's life takes more and more effort and that takes up more and more space in my head so there isn't much room for anything else, especially not the boring stuff.

An example then from this afternoon:

I had actually hoovered and mopped the floor in the sitting room and this involved taking up the rugs in there and putting them outside for shaking which is a weekly 'Ash' job.  He saw the rugs and came through:

Ash: Do you want those rugs shaking?

Me: That would be brilliant, thank you.

He shakes the rugs but leaves them outside.  I notice about half an hour later.

Me: You can bring the rugs back inside if you like.

Ash: Ok, where shall I put them? (one goes in front of his chair and one in front of the fire place)

Me: Just put them back in the sitting room

Half an hour later I notice they're still outside

Me: You can bring the rugs back inside if you like.

Ash: Ok, where shall I put them?

Me: Just put them back in the sitting room

This time he did bring them in but do you see what I mean?  I know my life is nowhere near as difficult as it could be but just the tiny things like that make it exhausting.  My friend is very right to say that just getting to the end of the day is, in itself, an achievement and I've decided it's something to be proud of. 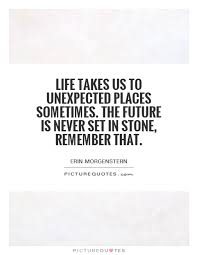