So many good things have happened since I last posted.  That one was about tiredness and snapping and confusion, all the things that dementia brings in its wake so this time I really planned to write about light and happiness and joy (most unlike me you may think) and then the tv aerial stops working.

I've had such a good few days.  Walks on two different days with different friends, birthday lunch with the now 8 year old (I can't quite believe he was a 5 year old when I began writing this blog), coffee out for Ash and me, all good things which help my world go round and then, just when I feel we're sailing along quite happily, the wind and the rain come along and knock the aerial out.

We came home to this after the birthday lunch and that was a shame because Ash had coped so well.  Jake had provided lunch but I'd also taken one of Ash's usual sandwiches along just in case and the sight of it made him feel so at ease that he even ate some of the other food items on offer too.  We stayed for two and a half hours which is at least an hour longer than usual and it was really lovely.

Got home, put the tv on and NOTHING.  No picture, no sound, just a message on the screen saying to check the aerial.  I sent a message out asking if anyone else had a problem and no, it was just us so I did my usual thing and started to panic.  Tv plays a major part in Ash's day and especially the evening so what on earth was I going to do?

I had a brainwave and fetched the Amazon Fire Stick from the tv in the office and plugged that in.  I learnt only a little while ago that it doesn't require an aerial so that was ok and I managed to find some of his favourite programmes so that was also ok.  The real problem was that he couldn't get his head around how it worked which meant that I had to be on the ball and ready for each time a programme came to an end so that I could find something else for him to watch.  You can have no idea how exhausting it was because not only did I have to do that but I had to do it while pretending this was quite normal and that everything would be fixed in the morning.

We got through the evening but my real concern was that, until I could get it fixed, I'd have to be on hand at all times for channel switching and programme searching.  This then was to be a taste of what I know is to come but I'm really not ready for it just yet.

Anyway there is a happy ending to this story in that someone gave me the number of an aerial repair man who was here by lunchtime today and by 1pm we had three fully functioning tvs and were back on track.

Yet another example of how easily we can be thrown off course when we're least expecting it but also that there is usually a solution if only I can manage to stay calm and think. 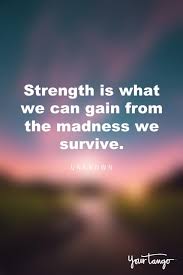