Good times, an adventure and a difficult moment

I have a horrid feeling that I'm at risk of being boring when I talk once again of the rollercoaster which is life with dementia but there you are.  Those of you living this life will know. but might like to be reminded, that you're not on your own while others with no direct experience will benefit I think from continually reading of the ups and downs we  go through.

The good times over the last two days have involved lunch with old school friends where we caught up on forty two years of back stories; an afternoon for Ash spent with Jake; an evening of chat between Ash, Jake and me with Ash alert and engaged the whole time and another lunch out for me with different friends today.

The adventure was totally mine and involved sleeping out in the 'shed' while Jake had my room.  Whenever I've divulged this plan over the past few weeks my friends have looked at me in horror but in truth it was a little like glamping.  I have real plans to do up the shed ready for next summer but I've moved a sofa out there already so I cleaned it from top to bottom and readied it for a night's sleep.  I put a gel mattress topper on the sofa cushions, folded a double quilt over, put an electric heater in there and 'voila' my very own outdoor bedroom which was cosier and more comfortable than I would ever have thought possible..  Jake was responsible for Ash and I could relax.  The very best part was when I turned over and found myself with the perfect view through the window of the stars in the sky.

So those were the good times and the adventure but what about the difficult moment I hear you ask.  This particular one came this morning.  I'd made sure I was back in the house before Ash woke up, Jake had come downstairs and he and I were chatting in the kitchen when Ash appeared.  At this point Ash had already had one cup of tea and had come down for the second.  He came into the kitchen and turned to look at Jake saying as he did so 'who's he, what's he doing here?'.  The thing about this is that it's exactly the sort of thing he would once have said as a joke so I laughed and didn't answer.  Only, as I saw the puzzled expression on his face and heard him say 'I recognize the face but I can't remember his name', I realised he wasn't joking.  That I think was one of my most difficult moments.  I held it together until he'd gone out of the room and then there was a silence.  Jake looked at me and said 'it is what it is Mum' and I held it together a bit longer but then I cried.  It was hard enough when he didn't recognise me a couple of weeks ago but this was much, much more difficult.

But then, back in the good times, when Ash came downstairs after his third cup of tea, he apologised to Jake for not recognising him, saying there was something wrong with his brain, and then talking about what they'd done yesterday and what a good time they'd had.

And that, ladies and gentlemen, is the rollercoaster experienced by those of us sharing our lives with dementia.  As a friend told me a while ago, it's an odd sort of life. 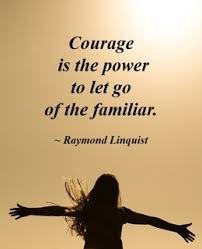