Improving on the Sunday treat

The last couple of weeks have seen a bit of a downturn in Ash's abilities.  We've had him forgetting to eat lunch, unable to work out how to get tea from a pot into a mug, thrown into confusion because the supermarket trolley had to go back to somewhere other than it's usual place and, finally, asking whether to leave the door open last night when we went to bed so that Jake could get in when he arrived home.

All of this came along in a drip, drip, drip effect and other than being taken aback a little each time I thought I'd taken it all in my stride.  And I had taken it in my stride right up until this afternoon when I listed it all just to let S know when she comes on Thursday.  Seeing it all written down in front of me showed me a reality I hadn't quite taken on board and I was a little down for a while.

I realised though that staying down helped no-one, least of all me, so I decided to focus on that Sunday afternoon bath I've decided to treat myself to.  As I made myself focus I got lost in the planning of making it better; more fun, more luxurious and much, much more of a treat and ideas started to form.

If you remember, moving into my own room became a bit of a project which really did pay off with new pictures for the walls, beautiful bedding, a new mattress and so on.  All of those things have provided me with my very own sanctuary which I love so I thought I'd bring the same inventiveness to Sunday afternoon bath time.

Would you like to know what I've come up with so far?

The bathroom itself is quite big,  It has a white suite with chrome fittings, blue-stained book shelves all the way round, white tiles and wooden floorboards painted white.  If you keep that image in your mind you'll then be able to picture the next bit.

When I was in my dark place I bought grey towels which looked tasteful but now seem very boring.  The problem is that Ash will only use grey towels and I've gone along with that.  Now however, and just for the purposes of Sunday afternoon, I'm thinking of fuchsia which is the brightest pink I can find.  Ash won't be upset because they'll only come out on a Sunday so he won't even see them.  I've also found a bathmat in the same colour so that should brighten things up.

So that's the bathroom easily and cheaply sorted.  Next I thought about when I'm out of the bath and I've decided I'm going to have something for tea that just needs heating up so that I won't have anything to do after all that relaxing.

Finally I think I might actually buy myself a set of what I gather are called 'lounge clothes'.  I've never, ever had anything like that but the thought of wearing something loose, relaxing and cosy after spending time relaxing in a warm, soapy bath seems very enticing.

Many of you may already do this sort of thing but I never have so it's a huge step for me and I have to say I'm really looking forward to it all.  Suddenly Sundays look like being an awful lot of fun.

Now watch this space if you want to see how it all looks because when I'm sorted I'll post some photos. 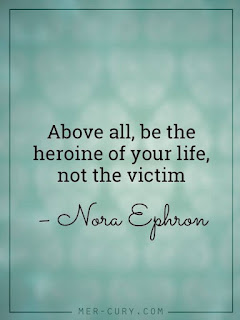 Carol S. said…
I understand how you feel Jane. I’ve just completed an application form for PIP and had to list all the difficulties my partner has. I tend to try to concentrate on what he can still do rather than what he can’t do and when people enquire after him I say things seem to be quite stable but writing it all down made me realise how much change there has been over the summer. It’s strange isn’t it how it just becomes the new normal? Like you say it’s a drip drip drip effect. Loving the sound of your ever more luxurious treat - much better than my usual chocolates or ice cream !!!!! I need to start giving my other senses as much attention as I give my taste buds 🤪
10 November 2021 at 23:25

Jane said…
I remember that feeling of realisation when I completed the PIP application form. I really thought I knew where Ash was at with everything but, as you say, having to focus on what he couldn't do really drove it home and I was quite shaken by the whole experience.

I've been giving more thought to my luxurious treat and for the first time in a very long time I'm very much looking forward to Sunday. Fingers crossed it's as good as I hope.
11 November 2021 at 20:37