Keeping an eye out

Three times today where the earth tilted and I found myself in a parallel universe.

This morning we went into town for our Monday morning Market Day coffee.  That went ok so on the way back to the car I left Ash watching the market while I nipped into my favourite clothes shop.  Came out five minutes later to find him in conversation with a lovely lady who'd stopped to ask about his camera.  He was in the middle of telling her how work had brought about his interest in photography and she was really quite fascinated.  She was a little disconcerted however when he started the same story a second time and when it all began a third time I thought it was best to move on.  Back to the car and we came home.

Before Ash could have lunch he needed to make up his odd sandwich mix.  I'd cooked a small gammon joint for him and, as he usually only uses half a joint at a time, left him with a bag to put the remainder in, placed all the other ingredients he needs out on the work top and left him to it.  Went back after lunch to find the food bag on the work top and empty with no sign of any of the joint.  I looked in every cupboard as well as the fridge but could find no trace of it so am hoping, with everything crossed, that he put every last bit of meat in the mix.  If he didn't who knows where it might be and I'm only just getting over the number of pork pies I used to find stashed in various places around the house.

Things settled down after that for a while, in fact right up until Ash came in late afternoon to tell me very excitedly that he'd been taking photos outside the playgroup when one of the mums had gone over to talk to him.  I froze.  Taking photos around children is obviously not the norm nowadays and I had no idea what this particular parent had said.  My brain went into overdrive as, grabbing my jacket, I raced up the drive and across the road to the village hall which is home to said playgroup.  Luckily the manager was there and, also luckily, she knows Ash well.  It seems that he'd actually been taking photos of the building work going on opposite and that the mum he talked to knows him.  I let out a huge sigh of relief, silently thanked fate for sending us to live in this village and raced back home again before he began wondering where I was.

And there it is, the reality of life with dementia.  At no point can you relax or take your eye off the ball and it's all quite exhausting.  Thank goodness for my Thursdays off is all I can say as they are what keep my feet on the ground and my head from exploding. 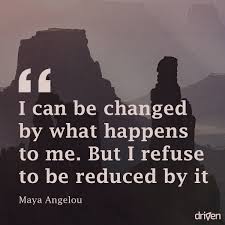