Ash was up and wandering at 2.15 this morning so it was never going to be an easy day but the morning, when we finally got to a civilized hour, was bright, a walk in the Lincolnshire Wolds with a friend was beckoning and I was feeling positive.

The positive feeling lasted until I went to leave for my walk and discovered the back door was still locked which meant that Ash hadn't been out with Max for his early morning walk.  He hadn't gone for the walk which was one thing but neither was there any realisation that he should have done just that and it was yet another thing to add to the list of what I now need to look out for.

On with the morning out then and it was lovely.  The sun shone, we only got lost once or twice (and in different places to where we got lost the last time we tried this particular walk so that was a plus) and we found a sheltered spot for coffee and sausage rolls, what more could we want.

I got home approximately forty five minutes after Ash would usually have his lunch, mentioned that word and he assured me he'd eaten.  The problem was that all the usual signs such as cutlery rinsed and placed on the draining board were missing, the same amount of sandwich filling was still in the bowl as when I left the house and I just wasn't convinced but there seemed absolutely nothing I could do about it.

I'd already decided that we'd go out for a cup of tea this afternoon but our favourite spot, overlooking the beach, only serves cakes which neither of us eat so I had a quick rethink.  If I could get us somewhere with savoury stuff on the menu at least it wouldn't matter so much if Ash really had missed lunch.  Luckily we have a list of places where he's comfortable so I chose one I thought would do and off we went.  A cup of tea and a scone later I felt more comfortable about the food situation so we came home, watched tv for a while and then ate a proper meal.

So that's yet another thing to look out for and suddenly I'm very tired of it all.

In 2008 we went ski-ing in Canada.  We arrived at Calgary airport at 9pm and drove out of the airport into a blizzard at which point Ash turned to me and said 'you do bring us on some adventures'. The problem is that life with him used to be one big adventure and now we're reduced to cups of tea in cafes and garden centres as the highlight of our life together and I absolutely know I'm not ready for this.

However I also know that this feeling mostly stems from lack of sleep, I know that I'll feel differently tomorrow and I know that the most important thing is to change my way of thinking.  In fact all of this is just the roller coaster known as 'living a life affected by dementia'. 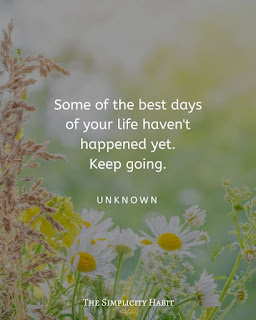