I've decided that there's nothing like getting stuck into the regular Christmas chores to show me exactly how far along this road we've come.

Ash and I used to have a system at Christmas where we each played an equal part especially when it came to cards and presents.  I'll report on the present situation in a few days but today is was time to write the cards.

Once upon a time, when we were both busy and working long hours, we developed a technique.  Ash sat in an arm chair with the envelopes and labels while I was on the sofa with the cards. He told me whose name was on the label, I chose the card to send to that particular person/couple, wrote it out and passed it to him. He put the label on the envelope and the card inside, sealed it and added it to the ever growing pile.  It was quick, easy and stress free. Sometimes it involved red wine to ease things along and always it involved laughter and joint effort.

This afternoon we spent almost two hours getting the cards ready to send out. We had several false starts until finally I worked out a new system.  Ash sat next to me on the sofa, I passed him an envelope making sure it was the right way up, then passed him the label and waited while he figured out which way up it went and exactly where on the envelope.  Frequently I had to show him where and how.  I wrote each card and passed it to him and then waited again until he figured out which way round he needed to hold the card to be able to fit it into the envelope. He then licked the flap and sealed it before staring around puzzled while he worked out what to do with it next (put it on the ever growing pile at his feet with the others).  This happened with every one of the 50 cards at our disposal.

The biggest mistake I made was to buy one pack of cards which were a different size and shape to the others.  It was the last pack I opened and I knew, as soon as he stared at the first card and envelope, that this was something I really hadn't thought through.  I determined to do better next year but then realised that by next Christmas he may not even be helping at all so we'll see.  Luckily I'm not organised enough to buy my cards in the January sales.

Anyway we got it all done and we both have a sense of achievement.  Ash is feeling good because he really did play a part in the card writing while I'm feeling very proud of the fact that I slowed down to his speed, decided it didn't matter how long it all took and finished with a pile of cards to post and a pile to deliver.

It was definitely more effort than in the past but the thing is that I love Christmas cards.  I like choosing them, I like sending them and I like receiving them so the extra effort was worth it and it really was a joint operation, just a little different. 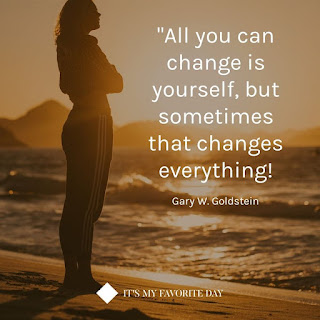 Carol Westover said…
All I can think after reading this post is how similar things are in the world of Alzheimer's. My husband and I used to do the Christmas cards just like you and your husband, only this year things were a bit different. I had the cards selected, wrote a note inside, addressed the envelope, and handed the card/envelope to my husband, who was to put the return address label on the back flap. At one point he wasn't paying attention to what he was doing and put the label down on the point of the envelope, and thus affixing it to the front of the Christmas card. I simply selected another card, pulled the postage off and transferred it to the new card, addressing the envelope and passing it to him to put a label on. I agree with your thinking that next year will be a whole new ballgame. But for this year, he participated and I know he felt good at being able to do that.
11 December 2021 at 22:00

Carol S. said…
I know I don’t always get this right - and do things quickly myself instead of having the patience to find a ‘role’ for my partner . It is amazing what an effect doing such a small task can have on self esteem. Going to add this to my list of new year resolutions. I think I generally need to develop a different relationship with time as we get deeper into the world of dementia and include my partner in more everyday tasks whenever I can. It is easier to take the route of least resistance when he says he’s not bothered about doing anything - I need to think more creatively. Thanks for sharing Jane.
12 December 2021 at 00:25

Jane said…
I completely understand about it being easier to do it yourself and most of the time I do just that. there are still some jobs Ash keeps as his own such as putting the bins out and cleaning out the fire grate but more and more is down to me. Even if I do try and include him it rarely works out and often involves stress so I take the line of least resistance. Christmas however feels different and that may be because there's the greatest possibility that he really won't be able to take part next year. I might be wrong but we seem to be on a steep slide right now so it doesn't seem to be too much to find ways he can help.