Christmas preparations are full steam ahead

I realised this afternoon that it was four years ago today when we were given the diagnosis and our world fell apart.  On that day I thought my life had come to an end and, selfishly, that's all I could think.  I was so frightened of what was going to become of me, of how I'd cope without Ash and I cried and cried and cried.  Today life may not be perfect but it's so much better than I could possibly have hoped for and we're getting ready for a Christmas that I honestly thought Ash wouldn't see.

So what do I have to tell you about the preparations today?

I promised yesterday to tell you about the cheese scone, fully buttered and hiding on a plate in a kitchen cupboard.  I have no idea what it was doing there but I do know it hadn't been there long so I picked it up and returned it to its container ready for when Ash was peckish again.

I also promised to tell you about the Christmas decorations which I put up on my own yesterday.  Last year I'd pared them down so we still looked festive but Ash wasn't as unsettled as he would have been if I'd festooned the house with the usual tinsel and lights of old.  This year I've pared them down even further and as I did so I wondered whether to get rid of all the decorations that haven't seen the light of day for two years.  I thought about it and then decided once again that this won't last for ever and one day I'll be able to throw caution to the wind without having to worry so all the old stuff is back in the box just waiting for its time to shine.

I think I also said I'd tell you about the cards.  Usually I gather them in a pile, put blu tac on the back and then stick them to the hallway wall and the doors.  It doesn't take long and I've learnt which shape/size to put where so they all fit.  This year I sat at the table, fixed the blu tac to a card and handed it to Ash.  He attached the card to the wall and then came back for the next one.  It took a while as you can imagine but at the end of it he really felt he'd been part of the decorating which was lovely.  As for me, you know that feeling when your children/grandchildren decorate the tree and you have to sit on your hands to stop yourself from re-arranging it all?  Well that was me.  The cards aren't quite where I would have put them and they don't all face in the same direction but they're up and we did it together so, as long as I don't look too often, I can cope.

So that was my news from yesterday but the best thing happened tonight.  There was to be carol singing round the Christmas tree which had been placed on the field outside our front door and then the singing was to be followed by refreshments in our village hall.  I knew I'd be able to join the singing but, if Ash didn't want to join everyone for refreshments I'd have to miss out.  I can't leave him alone after dark because he gets so confused so I thought and thought until I had a strategy of sorts.  We ate early and then I suggested he stood at the door and took photos while we were all singing.  I mentioned the refreshments very early and he was enthusiastic but that means absolutely nothing in this strange world we inhabit so I didn't hold out much hope.  In the end, and partly I like to think because I didn't make a big deal of it, Ash joined us for the singing and then, miracle of miracles, came along for the jollies afterwards.  Not only that but he chatted to people and thoroughly enjoyed himself.  This is the first Christmas celebration he's joined in for the past 4 years and it was lovely to see. 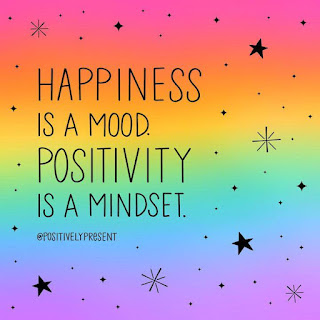