As you know, we had a really lovely time last night, singing carols surrounded by friends and generally behaving almost like a normal couple.  Payback though was the aftermath today.

Up in the early hours for the third day in a row meant I was short on patience for the confusion that comes to Ash through sheer tiredness.  I forget how much effort it takes for him join in and be sociable or even just to exist outside of his normal routine but I really should have expected it.  Only I didn't and, instead, it took me most of the day to work out what the problem was.

Once worked out though everything fell into place and, even with that confusion and my lack of patience, I found myself humming along to the Christmas music in the supermarket.

I find I really am looking forward to this Christmas and I put that down to the treats I've set in store just for me.  Well not quite just for me because I'm willing to share some of them with Ash if he wants them but I'm fairly sure he won't.  Instead what will make him happy will be to have his normal routine, his usual sandwich at lunch time and his regular programmes on the tv.

The thing is I've finally realised that anything special has to be planned with just me in mind because if I think I'm doing any of it for Ash and then he's not interested (highly likely) I'll be disappointed.  This has been the problem in the past, I've tried to recreate Christmases from our pre-dementia life, it hasn't worked and I've been miserable.  This year I know I'll like the treats and, as long as Ash isn't unhappy, that's the important thing.

Did I tell you that I bought myself an Advent Calendar?  It's in my bedroom and I open a window every morning while I'm eating my breakfast.  It occurred to me this morning that the calendar isn't really to count me down to the big day but, instead, it's counting me down to all the treats I'm saving just for then.

And there you have it my friends.  This year I'm focusing on 'Ash' and 'me' rather than on 'us' and by doing that and adjusting my expectations I'm hoping for better things. 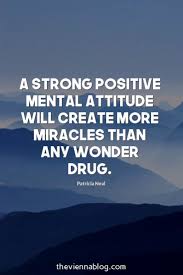 Lorraine said…
Good for you. I've recently tried changing my mental attitude and when I succeed it really works Enjoy your Christmas
22 December 2021 at 06:35