From one extreme to the other

If yesterday was like watching Ash wade through treacle today began with him acting as though he was on speed.  I took his first cup of tea up along with his tablets and settled down for my usual minimum of 20 minutes peace and quiet.  Instead he appeared after 10 minutes asking for his next cup but still drinking the first.  Once again the start to the day didn't bode well for what was to come.

We got through breakfast and I started getting ready to go out for my Friday morning walk.  Ash decided he was going to take Max and so, following on from yesterday, I suggested he wore a coat.  It was raining so that seemed sensible to me but apparently he'd never worn a coat to go out for a walk before.  NOT EVER (can you see what I was up against?).

I finally persuaded him to wear one but then it was which of the two.  At that point he told me that he ALWAYS used to wear two coats and I knew it was going to be one of those days.

My walk with friends who always make me laugh was a welcome relief but when I got home Ash and Max were on their way back down the drive and not a coat in sight.  I was greeted with a belligerent  'what's the matter with you?' which showed we were on dangerous ground so I just walked away and into the house.

I'd like to be able to say things improved but they didn't mainly because of my reaction.  This morning I posted a meme on the facebook page which said 'Learning to ignore things is one of the great paths to inner peace' and if I'd only taken notice of my own advice we'd have been fine.

I had no idea at the time why I was so worked up about the coat thing but I think now that it's one more thing to add to the list of all the other things I have to think about and I'm exhausted by it all.

Tomorrow of course is another day and I'm sure we'll be back on solid ground but today certainly hasn't been the best. 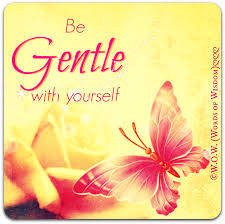