Ash has had a difficult day beginning when he first came downstairs.  Before he'd had one cup of tea he was asking if he should get dressed and then wanted to know where he was which was a fairly good indication of fogged brain.

He spent the morning in that same fog and showed no real signs of coming out of it until after lunch.  Then S emailed to let me know how they got on yesterday.  The really worrying thing was that she seemed to have had a similar experience which makes me think we might be on a bit of a slide.

We discussed whether there might have been a trigger for it all and she mentioned the fact that Ash wouldn't wear a coat when they took Max for either of his walks yesterday.  She thought he'd been cold even though he wouldn't admit it and wondered if that might have caused some of the difficulties.

I thought about this and realised that there are an awful lot of coats on the hooks in the utility room and it's very probable that Ash didn't know which was his.  In fact the more I thought about it the more I realised how difficult it must be for him to find the two coats which are his so tonight I've had another of my clear outs.  Well, not exactly a clear out because at the moment everything which isn't Ash's is on the sofa in the office but I plan to go through it all over the weekend throwing out the coats we don't wear any more.  I'm now looking for somewhere completely out of the way to hang my coats and seeing if I can find some nice bright hooks which will make me smile.

Watch this space to see if it all works out. 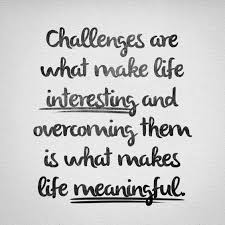 Tehachap said…
Good detective work there... we never know what will trigger a situation. Just amazed that something you or I would never have a problem with would create a bad situation for a person with Alzheimer's. Grateful you are here... take care and stay safe.
3 December 2021 at 00:17