I was going to come on here to explain why I haven't written anything for the past few days.  I was going to tell you about how exhausted I've been ever since Christmas Day.  It's all very odd because Christmas itself went very well but all I've wanted to do ever since is sleep.  I've been napping at least three times a day and seem to have shuffled through the parts of each day where I haven't been asleep.

I haven't replied to emails, I haven't posted much on facebook and I certainly haven't given you a daily account of my life all because my energy levels have been the lowest I've experienced for a very long time.  I put it down to the stress involved in the build up to Christmas which was obviously much higher than I realised and I apologise now for the lack of communication.  My New Year resolution is to do better.

That, then, was what I was going to write about but that was until last night when we had to take Max to the vet.  He was there on Boxing Day and again last Thursday, all because he seemed constipated but neither vet he saw could find anything seriously wrong and he was his usual happy self so we came away with medicine to help things along and fingers crossed everything quickly got back to normal.

Yesterday was different, he was definitely unhappy which, as anyone who knows him will tell you, is the very opposite of his default position.  We tried lots of very short walks and I did my best to remain calm and relaxed in the face of Ash's concern but by 8pm he was definitely no better and obviously uncomfortable so it was back to the surgery with him.

To cut a long story short we had to leave him there and wait until 7am today for an update.  The phone call came to say they were treating him for an infection but it might be cancer in which case there's nothing they can do.  They're phoning again tonight but, because we're in the middle of the usual UK extended Christmas/UK holiday, they won't have any results from the tests until the end of the week.

Ash has been completely lost because the pattern of his days is set by Max's walks and meal time.  He and the dog are never apart unless we go out for a couple of hours and there's a yawning gap on the mat at his feet but, interestingly, he only asked once (first thing this morning) where Max was and since then hasn't mentioned him.

I am of course sorry for Max that he's unwell and sorry for Ash that his companion isn't by his side but, on a completely selfish level, I'm absolutely terrified for me.  Without Max Ash won't know what to do with himself, there will be no reason to go for a walk and no dog related activities to take up his time.  Instead I just know he'll look to me to fill the gap and there will be no escape other than my Thursdays when S is here.

Oh and, to add insult to injury, yesterday I'd just about recovered my energy but then anxiety about Max had Ash up and about three times last night and all before 3am so I'm almost back to square one.

I now have everything crossed in the hope that it will all be ok and we can quickly get back to normal.  I'll keep you posted. 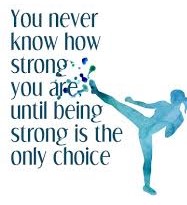