Keeping track of the good

First for the good news.  Max is home.  We collected him last night and, contrary to my fears, he slept all night as did Ash so we all woke feeling much better this morning.

A slight difficulty, which I'm hoping won't last too long, is that Ash is now reluctant to take Max for a walk because, I think, he can't cope with the responsibility.  So that's one of the few remaining jobs that still belonged to Ash which appears to have been added to my list. We may get past it but I'm not banking on it.  Now we just have to wait for those all important test results so watch this space and I'll let you know when we get them.

On another subject, but linked in a way, I thought I might tell you about my New Year resolution.  In the past I didn't believe in making these mostly because they generally involved losing weight, getting fit or doing something else that seemed fraught with difficulty.  I wouldn't be able to stick to any of them so why bother.

Now things are different.  I looked at my blog post for 1st January last year and saw that I'd resolved only to buy, where possible, things that made me smile.  I'd like to report here and now that, more or less, I've stuck to that resolve and life is just that little bit more fun as a result.

So what about this year?  Just before Christmas I posted an idea on the Memory for Two facebook page in which it was suggested that, at the end of every day, you write one good thing that happened over the past 24 hours and put it in a jar.  At the end of the year you'd then have 365 lovely events to read about and you'd realise that life hadn't been quite as difficult as you thought.

I read that, shared it and then put it, almost, to the back of my mind but the idea kept nudging me and I couldn't quite shift it.  I discovered a jar at the back of a cupboard, bought some bright post-it notes, found a pen and put them all on the table in my bedroom.  I started on New Year's day and now have 3 lovely reminders in the jar.  I now write them while eating my breakfast and each one has made me smile.

And the link to this blog? This morning I was struggling to find something I'd done yesterday which had brought me joy.  With Max at the vet's and Ash staring at the television lost in his thoughts all day, I couldn't think of a highlight and had no idea what to write.  Then, suddenly, I thought of all the messages, emails and comments that had come my way from all of you just to let me know that, with Max poorly, I wasn't on my own; that you were all willing him to get better.  That's what I wrote on my post it note for yesterday and that's what made me smile.

Life could be very much worse. 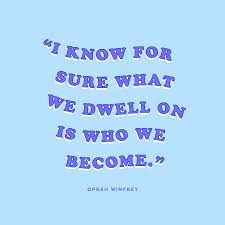