We've had a few ups and downs over the past couple of days but the very best of the ups came with a phone call last night from the vet.  The results of Max's tests were in and it's not cancer so I can now breathe a sigh of relief and begin to relax a little.  Apparently he had e-coli which, although serious, is obviously not the end of the world as long as it's treated and it's most definitely been treated.  In fact I'd go so far as to say that currently Max seems to think he's a puppy once again and I think he might just have been feeling poorly for quite a while.  We have to take him back for a check up in four weeks time but for now there's nothing more to report.

As for the downs they first made themselves known when Ash came downstairs this morning wearing two polo shirts.  As you know he wears identical outfits every day and each one, at least in winter, consists of thin thermal underwear, black trousers, black polo shirt and black sweatshirt.  He knows exactly where to find each item on which shelf and comes downstairs fully dressed around 8am every day.  This morning he appeared minus the thermal top and the sweatshirt but wearing two short sleeved polo shirts, one back to front.  I wouldn't have said anything but our house can be cold and there was frost on the ground outside.  Luckily he let me help him off with the shirts, I fetched the missing pieces and a few minutes later he was fully dressed and happily waiting for his breakfast.  What really stood out for me about the whole episode is that neither of us was upset by it and Ash let me help him without getting cross.  That made life so much easier.

We got through that and then it was time for difficulties with the camera which always fills me with dread.  Ash has a tendency to fiddle with the settings and it's a complicated camera which I don't understand one little bit.  Luckily Jake has an identical model so I phoned him and he talked me through exactly what to look for and what to do to correct the error.  Problem solved for about an hour until Ash decided to fiddle with the settings again but this time I remembered the instructions and managed to reset it myself.  That was a proud moment I can tell you and, once again, neither of us got cross or upset.

Dementia may be digging it's claws in ever deeper but if we can both stay on an even keel it makes it all so much easier to deal with.  Knowing Max will be with us for a while longer makes it even easier. 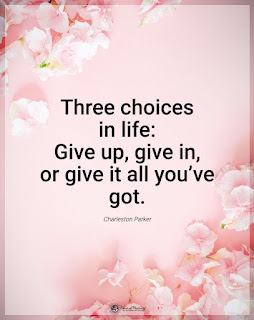