One of those days

If I'd written this yesterday as I meant to I'd have been telling you all about my/our lovely weekend.

S came on Saturday so that I could meet Jake and the 8 year old for lunch and then a visit to the cinema.  This was a wonderful treat for me and then I got home to the news that Ash had been really engaged and talkative all day which made things even better.  The fully engaged mode was in evidence all evening too which made for a great end to an excellent day.

Yesterday was good too. A friend came round for coffee and a chat in the morning and the afternoon saw us out for a drive along the local seafront with Ash still engaged, smiling and chatty.

Then we come to today when I've felt as though I've been living in a pinball machine, ricocheting from one buffer to another and never quite knowing which direction Ash was going to send me in next.

First there was the dog walking.  It seemed as though every 15 minutes Ash was coming to tell me, as though this was a completely new idea, that he thought he'd take Max out for a wander.  I've learnt just to agree and Max is so fit and healthy at the moment that there seems no point in objecting.  However it did mean that Max has had eight walks today.

Then there was the log chopping which hasn't been a problem recently but today it was.  Ash was determined to wield the chainsaw but really didn't want to so it was all done with a scowl and lots of grunting until he decided halfway through that we were going to stop and he was going inside.  I managed to finish the job without him noticing and then went in to join him hoping everything was going to be ok but with a sick feeling in the pit of my stomach.

Next we took Max to the pet food store to be weighed.  This went perfectly, Ash was happy and smiling and Max was very bouncy on his trip in the car so all was well again.

After lunch I decided to go for a walk in the sunshine and collect up some smaller pieces of wood along the way.  I thought it might be nice for us to take Max together so suggested it and got my head bitten off because I was apparently organising everything and Ash had other things he wanted to do which didn't include me.

So far, so bad but I held it together, got my coat and boots on and went to tell him I was going.

And off we went.  You'd think from that conversation that we'd have had a nice walk and a bit of a chat but instead Ash was absolutely foul the whole time we were out and I wanted to scream at him because I was happy to go on my own and I'd have had a much better time.

I know none of this is Ash's fault but whenever he behaves like this I take it personally however hard I try not to and it makes me so sad.  This isn't 'my' Ash, instead I now live with a stranger and one I don't like very much.  Sometimes too I find it hard to see the light at the end of the tunnel and think this might be my life for evermore. 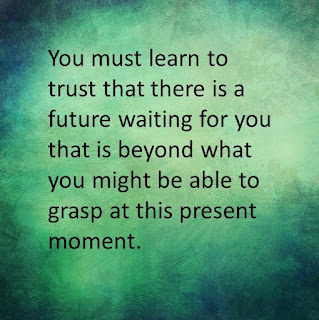 Anonymous said…
Hugs, as this sounds a lot like my days. We are in it together, and I sure am glad you share your feelings with us. It really helps keep me sane.
8 February 2022 at 18:58