Sometimes it's worth persevering

This post is for those of you out there who desperately need some time to yourself but, somehow, haven't yet managed to organise it.

From experience I know there are so many reasons not to.  Living alongside dementia is all too often fraught with difficulties chief amongst which is guilt because you want that time to be yourself.  Then there's the exhaustion which comes with 24 hour responsibility, with the strategising, with being on constant alert for things which may go wrong, all of which mean that sometimes you can't see the wood for the trees.

All of those things however can also combine to create the perfect storm and suddenly you're not quite giving the care that you could if you would only take time for yourself too.

I started down this road nearly a year ago and we've certainly had our ups and downs along the way.  First I had to find someone, then I had to work out how to get Ash to accept her, I had to work out how long I needed each week, which day would be best, how to find the money to pay for it, what I would do with myself, so many things all conspiring to make me feel it probably wasn't worth it.  Ash was adamant he could cope on his own and back then he almost could but I never really relaxed when I left him and I was desperate for 'me' time so I forged on.

At first it was difficult so I didn't relax, then it was ok and I did, then it was difficult again and I dreaded telling Ash I was going out.  He was fine once I was gone but the build up to it wasn't and lots of times I almost gave up BUT, and here's the important thing, I didn't give up because I knew I was better for that time away and I also saw a change in Ash.

Just by being away from me Ash was more confident and he smiled more which was just lovely to see.  Those two things also helped when the care broke down.  'L' didn't work out but I knew by then how important it was to both of us to find a solution.

Then came 'S' and Ash has gone from strength to strength.  You might think that's it's been easier because she was a friend before all of this and that certainly helped but she wasn't me.  She didn't know this new Ash and he didn't always quite remember her.  They worked side by side for years and years but the first time we met up again after at least a ten year break the first thing Ash did was explain what he used to do as a job so don't think this has been a walk in the park for any of us.

We've stuck it out though; S and I discussed strategies at the beginning, I gave her detailed notes of 'need to know' stuff and, most importantly, if something has gone wrong we've discussed what changes we need to make to get Ash back on track.

All of that has helped so much and Ash has become ever more confident when away from the village.  They go on 'adventures', they have lunch out, they meet up with old work colleagues and he's so much happier in himself.

Last Wednesday I mentioned that 'S' would be arriving in half an hour at which point Ash smiled, looked at the dog and said 'we'll be doing lots of nice things today then Max'.  You have no idea how happy that made me too and I went out of the door with the lightest step.

What I'd like you to take away from all this is that if you are feeling guilty about wanting time to be a person in your own right then all you need to remember is that you're not the only one benefiting.  Not only that but if you do this and then one day there's a crisis and, for whatever reason, you can't be there it won't matter; you'll have a plan in place and it won't be the first time it's happened which will take away at least one layer of stress.

This really is one of those things which not only helps in the now but also counts as planning for the future.

One other thing, if you haven't done it yet but want to start thinking 'how' then I recommend the brilliant book 'Contented Dementia' by Oliver James.  In there you'll find specific advice and tips on where to start and how to continue, some of which you might not quite believe, but put your trust in them and you might just start to get your life back. 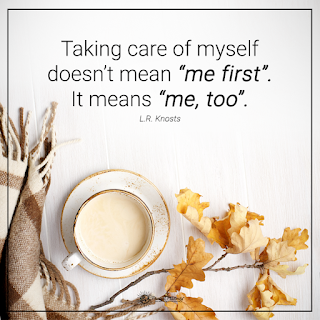