Not the best day

Really  not the best day I've ever had but not the worst either so that's something I suppose.

The problem is, I think, that we're at a difficult stage and it's one that requires far more patience than is within my grasp.

The main difficulty is that Ash has no idea how to occupy himself, only that he should (in his head) be doing something but inspiration eludes us both.  Truth be told he's been bored since he woke at 6 o'clock this morning and my patience ran thin when I was asked only one hour into the day, and for the 8th time, what we were doing 'next'.

Once upon a time I fantasised about lying on a Caribbean beach, book in hand (see yesterday's post) and time in the sun, now my dream is to spend just one day in my own house doing whatever I feel like doing with no-one else to consider and nothing to plan for.

I had actually written myself a list for today, thinking that if I could get through it speedily we could go out to one of Ash's favourite tea spots and you'd think the early start would have helped.  Instead there were so many hills to climb just to get through the morning that my stress levels rose incrementally and the cup of tea receded ever further into the distance.

I won't go into detail but if I tell you that the difficulties included locking myself out of a financial account of mum's because the system wouldn't accept the password; the filing cabinet deciding, between yesterday and today, to close itself and not open even when I turned the key; the rain coming down on the washing ten minutes after Ash had hung it out; the scanner refusing to transfer some important documents onto my computer and, finally, Ash deciding that he no longer wants to eat the cheese scones that were the first item on my 'to do' list.

And while all that was going on Ash came through once again to ask 'what are we doing now?'.  I didn't respond quite as I should have done but at least he was prompted to take Max for a walk and by the time he came back he'd forgotten all about it and I'd got everything back on track.

In case you're wondering, I took a screwdriver to the top drawer of the filing cabinet and prized it open, discovered that the computer had changed networks all by itself which was why the scanner couldn't communicate with it and managed to scan the documents.  I never did discover the password but will ring them tomorrow when I've settled down.

There was more but I think that's enough of my troubles for today so I'll stop there and now have everything crossed that tomorrow will be better.  It should be because S is here so I have a trip to the cinema all by myself planned, followed by a solitary lunch and then a mooch around my favourite book shop.  In fact just typing that out has  made me feel infinitely better.

You see, they're right, tomorrow is another day. 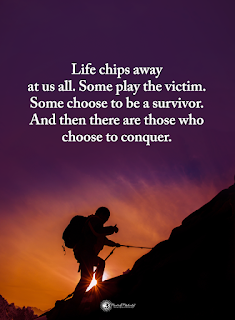