On Monday I decided to weed the path at the front of the house.  Ash joined me and announced he was going to trim the grass along the edge.  This is something he likes doing and, most importantly, has the patience for.

All went well and we each got our jobs finished, at which point he looked at the front door step and announced he was going to paint it, and the slab of concrete in front of it, black.  The only black paint we have is fence paint which I queried (I can here you asking at this point 'why the query?' and I can only say 'I have no idea') only to be told that it would be perfect for the job.  My instinct was to cry 'Noooooo' but I quickly realised this wasn't a life or death situation so I kept quiet.

Ash disappeared into the shed at the back of the house to fetch the paint and I waited for him to return.  When he didn't reappear I went to see what was happening and found him in the garden, paint and brush in hand, looking puzzled.  When he saw me he asked what he was supposed to be doing.  My answer?  'I think you were going to paint the rest of that trellis around the patio'.  'Oh yes' was his reply 'it does need doing' and off he went.

The doorstep remains paint free and the trellis now looks very smart.  What a good thing I didn't object to the initial idea.  If I had, the afternoon would have ended in disaster but, instead, we both came away with a glow of achievement. 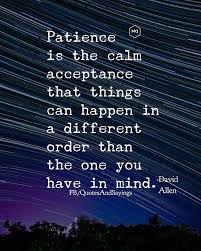 Tehachap said…
Oh yes!!! LOL Absolutely--it's the cardinal rule of dementia care--never argue, and if it's something that's really seriously wrong, detour to another topic or task. Good call on putting Ash to painting that trellis. I would think a black step would be a trip/fall hazard!
12 May 2022 at 05:53