DIY skills aren't what they used to be

For a while our gate has been irritating Ash.  He likes it when you come through it, push it backwards and it, almost silently, clicks shut.  That's the ideal then, but what was actually happening was that the gate swung backwards and stopped, leaving one of us to lift it a couple of centimetres before it would shut properly.

Two days ago Ash decided enough was enough and he set to with screwdrivers, hammers etc and proceeded to get to grips with the problem.

I'm actually guessing at the scenario here because I was sitting at my computer at the time and was only dimly aware of someone doing something at the side of the house.

Eventually I became aware that something was happening that might just require creative thinking on my part and I wandered out for a look.  As I got out there Ash was packing his tools away so I asked, as casually as possible, 'have you fixed it then?'.  'I think so' he replied and walked towards the shed carrying the tool box.  The thing was that he actually sounded confident at that point and so I went back into the house.

I'm not quite sure where my blind faith came from but later, when I went out to the bins (which involves walking through said gate), I discovered that, not only was it not fixed, it was actually off the wall completely and leaning against the side of the house.  We'd gone from a gate that took a slight effort to close to a gate that wasn't acting as a barrier of any sort whatsoever.

Do you ever have that feeling of the earth shifting beneath your feet on a daily basis?  If you do then I have to tell you that dementia may be lurking in plain sight. 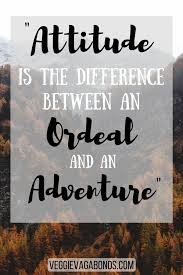