Fingers crossed the plants will survive

For years and years Ash was the gardener in our house (of course he was).

Once upon a time our house consisted of three cottages, then a couple bought all three and successfully knocked them into one.  However I have a feeling that they knew even less than we did about gardening and their main contribution to creating a single outdoor area was to take up the fences leaving seven sheds dotted around and not much else.

We bought the house and Ash used his considerable skills to create a beautiful outdoor space just perfect for the two of us and then, later, Jake.  He built walls, dug flower beds, moved sheds, laid paths, mowed grass, trimmed lawn edges, planted plants and on and on.  He loved being outside and so spent much of his non-work time out there.  My contribution was to (in Ash's words) point and supervise.

This carried on I would say until around 2016 when, without me noticing, Ash stopped taking much of an interest.  We'd discuss, or so I thought, what needed doing, we would ask for advice from friends and we'd make decisions but the only thing that seemed to happen was that the grass was mown.

Then came the diagnosis and I started to notice more.  I looked around and saw the weeds, I saw the broken pots, the paths with barely any gravel covering them and I realised that something needed doing. I also realised that I was the only one to do it.

For the next four summers Ash sat and watched me as I did all those things that were his domain.  He always said he wasn't a proper gardener but he was so much better at it than I was and that first summer I really struggled.  Then I bought a book or two and started to learn a little bit, not a lot but enough to make a difference and I started to enjoy it all, the weeds began to disappear and the flowers started to bloom.

Cut to this year, in fact cut to the last two weeks, and all is change once again.  Ash has started to join me out in the garden and now he asks how he can help which is useful and nice to watch.  He can't think for himself any longer and he needs prompting every step of the way but, with his new found interest Four flower beds have been forked over, holes have been dug and plants inserted, weeds have been carried to the compost heap and we can actually say we've been working in the garden together.

So that's the upside but what about the downside I hear you ask.  That would be the times I hear him ask 'what do you want me to do with this?' and, turning round to face him, I find him holding a plant that he's just dug up while forking over that particular flower bed.  Up to now they seem to be coming through the experience unscathed, and I appreciate it's not the end of the world, but it is one more thing to add to the list of 'things to watch out for'.  It's also a great test of my patience and I'm delighted to be able to tell you that I'm passing that particular test with flying colours. 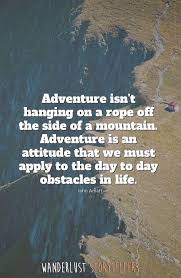 Tehachap said…
Oh, amen to this. It's the things that you don't think about that happen and you're taken aback in surprise and you realize you can't be angry at them, because they can't help being the way they are. It's just difficult at times when the things they do are so out of the norm. (Laughing here... "What's Norm??") Ah me... Scenario: Went to the feed store to buy bird seed. I pay for it and Robert takes the cart with the birdseed out to the car. I think to myself, that's good, he'll put it in the trunk of the car. Nope. When I got to the car he was standing there looking at the seed in the cart. I asked him to move and I would put the seed into the trunk. He then said I shouldn't get all 'testy' about it. I apologized and said I didn't think I was being testy at all. He just can't do things he used to do and I keep forgetting that.
3 May 2022 at 08:57

Jane said…
that's one of the oddest things isn't it. They still look the same and sound the same and then you forget that what used to be the simplest of things is now beyond them.
3 May 2022 at 19:45