I know I'm going to be scarred for ever by this whole dementia experience but, equally, I feel that not all of those scars are bad ones.

Ash wouldn't talk about what was happening or how he felt so there was no way the two of us could plan for the future and I just couldn't see how I could ever manage without him.  He really was my rock, my shoulder to cry on, the person I wanted to tell everything to and I felt that without him there would be nothing of me.

Well I was wrong.  Of course I was, but I've needed the past five years to show me.  I've been thinking recently that, although the anticipatory grief is gut wrenching at times, the fact that it wasn't a case of 'here today, gone tomorrow' has helped enormously.  Just think, if life had worked out like that, I would have struggled so much after he was gone.

Instead, just because I've had to take over his jobs one by one, I'm more capable now than I would ever have thought possible.  Just this week, for instance, I've driven over the Humber Bridge to meet a friend for lunch, I've split logs, I've sawn wood, I've chopped sticks, I've moved furniture round and I've started to decorate the house.  I've also booked a trip to Australia but that's a whole other story for another day.

The decorating did however prove the point that 'pride comes before a fall'.  The decorator is coming tomorrow to hang wallpaper on the wall above the headboard (there's a limit to my new-found confidence) and I needed to paint said headboard before he came.

I'd bought the paint and brushes so set too, all the time thinking that I didn't know what all the fuss was about, painting that headboard was the easiest thing I'd ever done.  I finished, headed downstairs, put the brush under the tap and then realised that it was the sort of paint which required brush cleaner.  Had I bought brush cleaner?  Of course I hadn't and now there was oily paint all over my hands, the sink, the bowl and Max was looking at me as though he couldn't believe I'd been so stupid.

I managed to clean my hands then leapt into the car, drove the 10  mile round trip to get brush cleaner and then sorted out the mess I'd left behind.  Next time I'll listen to Ash's voice in my ear telling me to read the instructions on the tin! 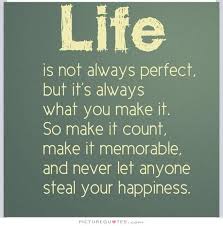