The old Ash rarely snored and especially not once he gave up alcohol but recently, every so often, he has and nothing I could do, no digs in the ribs, no thumping on his back, would wake him up and make him stop so I took to moving into the 7 year old's bedroom when it all became too much.  Only every so often you understand and only when I couldn't get back to sleep but move I did and I wasn't particularly happy about it.  Our bed is huge; super kingsize in fact and I love it partly because Ash made it.  It sits on the floor and the mattress is firm and comfortable, just the way I like it.  Not only that but the bedroom is just as I like it too and moving out in the middle of the night to sleep surrounded by toys and under a Lego quilt cover wasn't quite the same.  It wasn't a grown up room and the 7 year old's mattress moved too much for me to feel really comfortable.  I couldn't see a way out of the situation though because that room was created especially for him and when he comes over almost the first thing he does is take himself upstairs, settle himself down for half an hour to explore everything in it before coming down and joining the grown ups.  Having thought and thought about it I decided that my disturbed nights didn't happen often enough to warrant any major changes so put it to one side to be investigated some other time.  That was until this morning when I'd spent the third night in a row in the bright and cheerful room fit for a 7 year old and decided I needed to do something but what?  I really do work on the assumption that there is a solution to every problem if I just think hard enough and sure enough I came up with an idea.  I decided that I could create a room which would be a grown up room the majority of the time but, almost with a snap of the fingers, could turn into a bedroom fit for a 7 year old when it was needed.  The walls of the room are white, the floor boards are white and really all that was needed was a grown up quilt cover to replace the Lego one, a new blind, the toys and books putting into boxes and packing away somewhere easily accessible and a picture to put on the wall over the decal that makes it appear that the plaster has come away and Lego bricks are bursting out.  This afternoon I set to and cleared the books and the toys, I replaced the quilt cover with a beautiful duck egg blue one that I had in a cupboard, I put the blue blind up which I'd bought to go with the Lego quilt cover and which goes equally well with the grown up one and I ordered a lovely new canvas to go on the wall.  The only thing still left to get is a new mattress which is as nice and as firm as the one I have to leave behind.  Now all that's needed when the 7 year old comes to stay is for me to get the toys and books out, remove the picture from the wall and change the quilt cover and the rest of the time I have a beautiful new bedroom whenever I need one.  I must say I'm feeling very pleased with  myself and am almost hoping Ash snores tonight so I can move in. 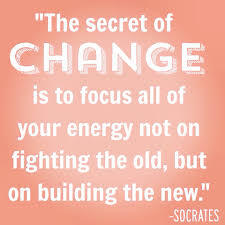 Anonymous said…
Wow. You are a strong and positive woman, you aren't at the mercy of the winds and the waves. You trim your sails and track your path through the storm.
2 January 2021 at 23:05

Dr2n said…
Very nice. I have donned wonderful earplugs to help with the snoring. But nothing helped with the perennially unwashed hubby. So I got a daybed, put it together, and made what Michael thought was his office into the piano room. Just knowing I have somewhere nice to go has been a big help mentally. I love what you've done.
3 January 2021 at 01:57

Tehachap said…
Good job! I have to retire to our living room couch unless I want to trundle downstairs (in the cold) and sleep in one of the bedrooms down there. Nice that you were able to figure out how to alter the room so quickly and easily. funny, but like your Ash, Robert never used to snore like he does now, and I hate to wake him up--I'd much rather just get up and go to the other room. I'm comfortable, he's comfortable, and everyone's happy.
3 January 2021 at 02:12

Anonymous said…
I have sympathy and empathy with the difficulty in trying to get sleep
To be able to maintain strength to cope with things but I feel for Ash
too should he wake in the night wondering where he is and alone. I would
use ear plugs and get my sleep at other times. It is hard but having witnessed a loved one move through
Dementia the period when they knew that they were doing and saying silly
things was frustrating and terrifying for them.
4 January 2021 at 08:05

Jane said…
I do love my new room but am also aware that this solution might not be forever. I understand that there will come a point where he may wake in the night and be worried and confused but at the moment he's ok. When Jake comes over so that I can have a break Ash sleeps on his own and me moving beds in the middle of the night isn't a new thing it's just that I've now decided to take control of the situation which makes me feel better. I've been wearing ear plugs for years and years and they help to a point but not right now even though I've recently tried several different sorts so that's no good and I also know that if I don't get enough sleep I'm ill so would be no use to Ash whatsoever.

For now I'm comfortable with what I'm doing for several reasons. Because we live in a very old cottage with creaking floor boards I hear Ash the minute he opens the bedroom door so can get up to him if I think I need to; we only have two bedrooms and the doors are directly opposite each other so I leave the door open and he can see me in there; I've put a clock in our room which shows the day/date/time and lights up the room - if I'm in bed it's off until we wake in the morning but if I move rooms I plug it in just to give him some sort of anchor if he wakes up on his own.

So I think I've covered all bases right now but I also know that situations change and when this one does I'll be there for him. Until then I like to think I'm caring for him while also looking after me.
4 January 2021 at 09:39

Carol S. said…
I think you’ve found the perfect solution Jane. We mustn’t underestimate the importance of sleep for us to stay strong in all the ways we need to. My levels of patience and empathy, problem solving skills, sense of humour and so much more are directly related to how much quality sleep I’ve had. As you say , nothing is written in stone and we have to be prepared to keep making adjustments as necessary. Ash is so lucky to have you. I’m much earlier along this journey than you and I find your insights really helpful. Thanks again.
4 January 2021 at 20:45