Who will I be?

Do you know one of the best things about writing this blog?  Sometimes I think of something which I assume will be controversial and I'm never sure whether to put it into words or not but I really want to know what others think so I put it out there and those are the posts which get the most response, with almost everyone thinking along the same lines.  There are comments on the blog and emails direct to my inbox all saying something similar or giving another perspective and I find it all so fascinating but not only that I find it comforting.  We're told again and again that every case of dementia is different but so many of the emotions experienced by those of us living alongside that dementia are similar and it's lovely to know I'm not on my own.

So that is a very long-winded way of telling you that it appears I'm not the only one out there thinking about afterwards which has been very uplifting.   I do think that sometimes it feels as though this isn't something we should talk about or admit to, that we shouldn't want to move on from the person we loved but, in my case and many others, that person is no longer in our lives.  Ash and I have been together for more than forty years and I'm totally committed to seeing this through to the end but I'm also very much aware that the end is going to come much sooner than I expected when we contemplated life together and the person I loved more than anything has already left me.

And now we come to 'afterwards'.  I think tomorrow I might talk about the specifics but for the moment I've been considering something a little different.  Last year I watched a series on the television called 'Race Across the World' which, for those of you who haven't seen it, was about five pairs of people racing to get from the top of South America to the bottom without the aid of technology or flights.  Ash and I watched it together and I spent almost the whole of the nine episodes watching one particular contestant having a hissy fit at almost every stage and saying 'that would be me wouldn't it?' and having Ash agreeing while laughing at the very thought of it.  The thing is that it really would have been me once upon a time and most probably, in that particular situation, still would be but I watched it again a couple of weeks ago and realised that I have no idea how I would react now in any given circumstance and that's because I'm a completely different person.  I've said on more than one occasion that Ash has become someone I no longer recognise but I've realised that so too have I and it might be that the things I once wouldn't have attempted will no longer be a problem which means, in turn, that a whole new world of possibilities has opened up before me.

I think I've written enough for today but I'll leave you with one last thought.  When I posted the photo of the new look me the other day someone suggested that I try make up as well.  I dismissed that idea just because my lifestyle doesn't, at the moment, lend itself to make up but when I thought about it I realised that I haven't worn makeup since I lost all my weight and that I have absolutely no idea what I would look like if I did wear it.  That is a very, very strange feeling. 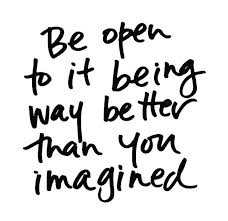 Anonymous said…
Well not wishing to be controversial in reference to loyalty, it is many things to many people but so important. To be committed to see things through to the end whatever that may be demonstrates loyalty to the person who once was and now hidden by dementia, the person they are now but also to ourselves to the person we thought we were and to what we are now experiencing to enable to carry on. That brings me to the deeper issue of who are we, are we what we feel, think and love or what we do? Or a combination, humans react to our environment and what happens to us and those we love as much as external events in the world, does it change who we are or were or just how we respond? Does that response then change us or do we manage to learn to cope and rely on the things that made us who we were or are to build resilience to survive and move on? Do we really or did we really know who we were or who our loved ones were , I like to think we did and do know ourselves and always strive to see the positives however small I think it is hard to plan for the future in concrete terms but more of a mindset of how can I deal with the here and now and try not to let the negatives and knocks govern my thoughts.
29 January 2021 at 13:26

Jane said…
Thank you for this comment, it's brought the most amazing insight to something I've been struggling with and has just formed the basis for today's blog post.
29 January 2021 at 14:03

Carol S. said…
I think all of us are changing and hopefully growing moment by moment as we react to things that happen in our lives. The most difficult situations, dementia being one of them, can make us stronger than we ever realised was possible , or sadly in some cases it can break us depending on how we view the hurdles that life puts before us. It seems to me that you are navigating these hurdles with positivity as well as still recognising how challenging they are and so are developing skills that you need and growing in ways you may not have otherwise. A reason for celebration I think.
31 January 2021 at 09:54

Jane said…
Certainly a reason for celebration and one I wouldn't have thought possible at the beginning when I was so frightened for my future.
1 February 2021 at 17:14